The Indian Institute of Ecology and Environment, New Delhi was established on the occasion of the World Environment Day on 5th June 1980. The motivation for the establishment of this institution has been based on the issues of environmental education discussed in the deliberations at Founes in 1971 and later at Stockholm in 1972 followed by the workshop on Environmental Education at Belgred in 1975 and also on the resolutions and recommendations of the Intergovernmental Conference on Environment at Tbilisi in 1977 organised by UNEP and UNESCO. The Institute has been organising since its inception different programmes having social, educational, cultural, economic and positive content for the optimum development of a sustainable society. The Institute has provided training to more than fifty thousand persons in the areas of ecology, environment, pollution control, disaster management, sustainable development, ecological tourism and environmental education. Other programmes conducted by the institute include ecological education in more than 1000 schools of Delhi in collaboration with the Government of Delhi and Clean up Delhi Campaign in collaboration with different municipal bodies and more than 3600 environmental NGOs in India, publication of more than 150 books, occasional monographs and encyclopaedias. The 30 volume International Encyclopaedia of Ecology and Environment published by the institute has been procured by most of the universities and research organisations in India. 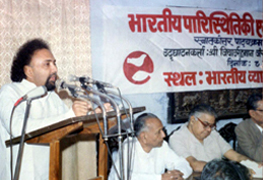 The Institute has been pioneer in organising national and international congresses and conventions on environment. Between 1981 and 2014 more than 180 national and international congresses and conventions were organised including the famous 1992-2013. World Environment Congresses. The Institute has collaborated with many Indian and foreign universities for helping them to design the latest curriculum on environment at graduate and postgraduate levels. The Institute has implemented many programmes at the global level for making the world citizenry aware regarding the need to protect our mother earth. In this connection many workshops have been conducted by the institute in Sri Lanka, Italy, Spain, South Korea, Mongolia, Mauritius, USA, Tunisia, Russia, Poland, Uganda, Zambia, Ethiopia, England, Nepal and The Netherlands. The Institute has conducted more than 3500 researches and consultancy assignments on different environment related topics. The institute has developed its own campus at Paryavaran Complex, New Delhi in the neighbourhood of Indira Gandhi National Open University on Saket Maidangarhi Marg in South Delhi and is equipped with computer centre, library, conference halls, class rooms, guest houses, administrative block and related infrastructure. The idea behind establishing the Indian Institute of Ecology and Environment (IIEE) in selected States of India is to reach the grassroot level with a view to implement the programme of "catch them young" by 2010 AD by reviving the planet ecologically through environmental policing of the global commons and setting up of a global environmental legislative wing, regeneration for eco-restoration of eco-fragile areas on the verge of irreversible decline, ecotone restoration of river systems as well as biodiversity for managing the third millennium and the twentyfirst century.

Salient features of the training and researach programmes at the Indian Institute of Ecology and Environment, New Delhi

Our philosophy is to help the participants to : 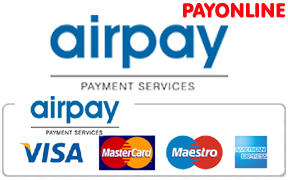